The campaign behind the $2.5 Million CN Rail fine 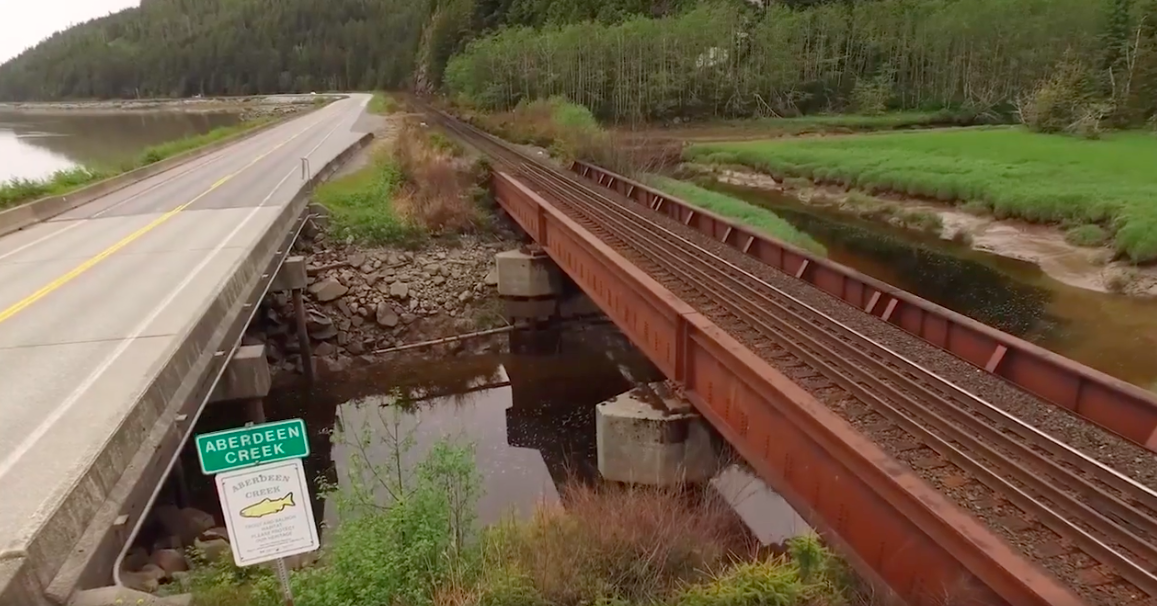 In the fall of 2017, a truck rolled along 150 km of the CN Skeena Rail Corridor casting a wide spray of pesticide on either side of the railway. The chemicals covered the ground and crept right up to the streams and tributaries that crossed below the tracks. Spraying the gravel under the tracks happens regularly to maintain a clear railway, but this was much more spray than normal. The streams that run underneath this section of railway flow into the Skeena river, the second largest salmon producing river in Canada, and a stretch of the rail follows Inverness Channel which happens to be a critical habitat for juvenile salmon. It was clear that this particular pesticide application had put wildlife in harm's way, and Luanne Roth, the North Coast campaigner at the TBuck Suzuki Foundation took up the cause. As of this September, the campaign for legal justice has seen success! CN Rail has been fined $100,000 for failing to get proper authorization to spray, and subsequently $2.5 million for violation of The Fisheries Act.

We sat down with Luanne to hear about what went into this campaign, and where she wants to take this work next.

Luanne began her work in 2017, immediately after the spray was discovered. She lives in the area, and sees this part of the railway while driving all the time. Pesticide applications along the tracks are normal, but this one was different. Luanne recalls: 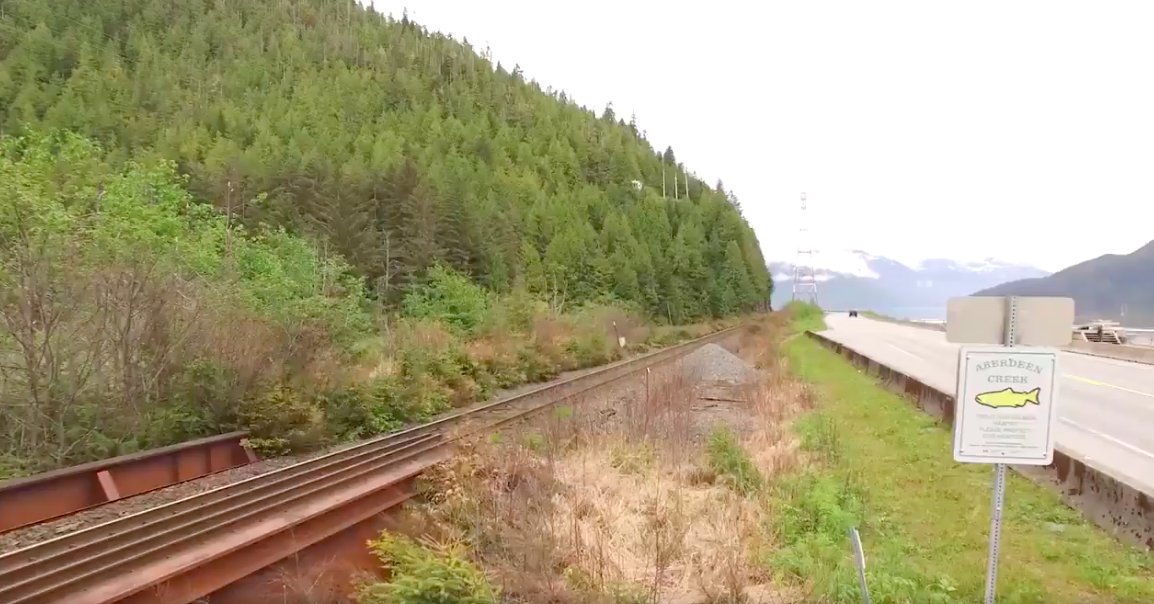 CN had clearly not respected the pesticide free zone that needs to be maintained along the edge of the water. Luanne documented the locations where pesticide had intercepted the waterways, took samples to identify the chemicals that were sprayed, and hired experts who could independently document apparent violations and determine what the possible effects of the event could be. Dr. Chris Kennedy, an expert in aquatic toxicology, and Amanita Coosemans, a professional biologist, determined that the application had the potential to negatively impact salmon, including juvenile salmon occupying critical habitat. Dr. Kennedy warned that a pesticide application of such a magnitude could even have population level impacts on the salmon. 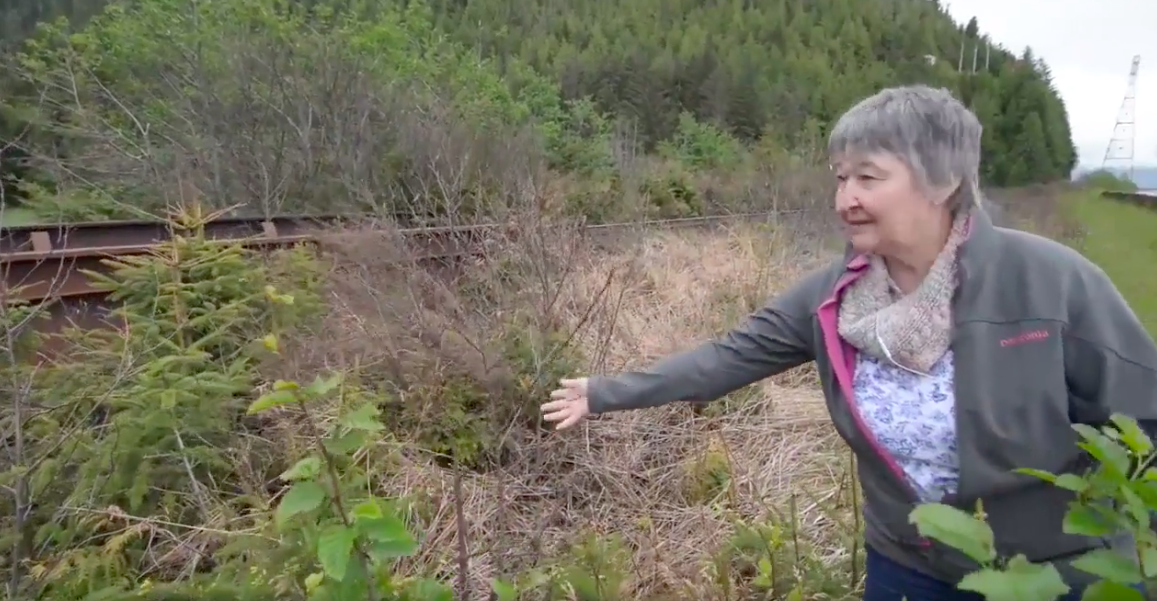 Luanne also investigated what type of authorization CN had to apply the pesticide. In order to apply chemicals along the railway, CN needs a pest management plan that outlines how they’ll be using the chemicals. This plan needs to include input from First Nations and the public. She quickly discovered that CN didn’t have an up to date pest management plan at all. With help from The University of Victoria Environmental Law Clinic and West Coast Environmental Law, The TBuck Suzuki Foundation held CN accountable for creating a pest management plan. CN collected public input for the new plan in 2018, andTBuck submitted information from scientists and local experts on the potential dangers of spraying pesticides along the rail corridor in the hopes that the unique importance of the area for wild salmon would be reflected in the methods for managing weeds along the railway. Luanne was disappointed with the results, “we put in our comments from our experts, and so did the First Nations, and our evidence was that the broadcast spraying of the right of way would be harmful to the salmon. But the pest management plan did not reflect that input. And the way the provincial pest management act is set up, there is no oversight, they don't have to listen to the input.”

Before 2003, CN wouldn’t have been able to ignore input so easily. In 2003 Bill 53 was passed, which reduced oversight of pest management plans, allowing plans to become valid automatically once they are submitted with no provincial staff review and approval. In addition the public is no longer able to appeal pesticide use permits. Luanne sees this as a big blind spot, “it [the appeal board] was there in the past, it was used in the past, but it's not there now. So, we're just relying on CN's good will basically.”

Still, the investigation into the 2017 pesticide application continued. Luanne provided the scientific reports, and photo evidence she had collected to federal and provincial investigators. Luanne noted, “all of that was facing CN when they were thinking about whether they would plead guilty or fight the charges.” After a long and thorough investigation led by Environment Canada, the hard work of the campaign paid off. On May, 2021 CN received a $100.000 fine for applying pesticide without having a pest management plan, and on September 25, 2021 CN pled guilty to violating the Fisheries Act in Prince Rupert court, and was fined $2.5 million. 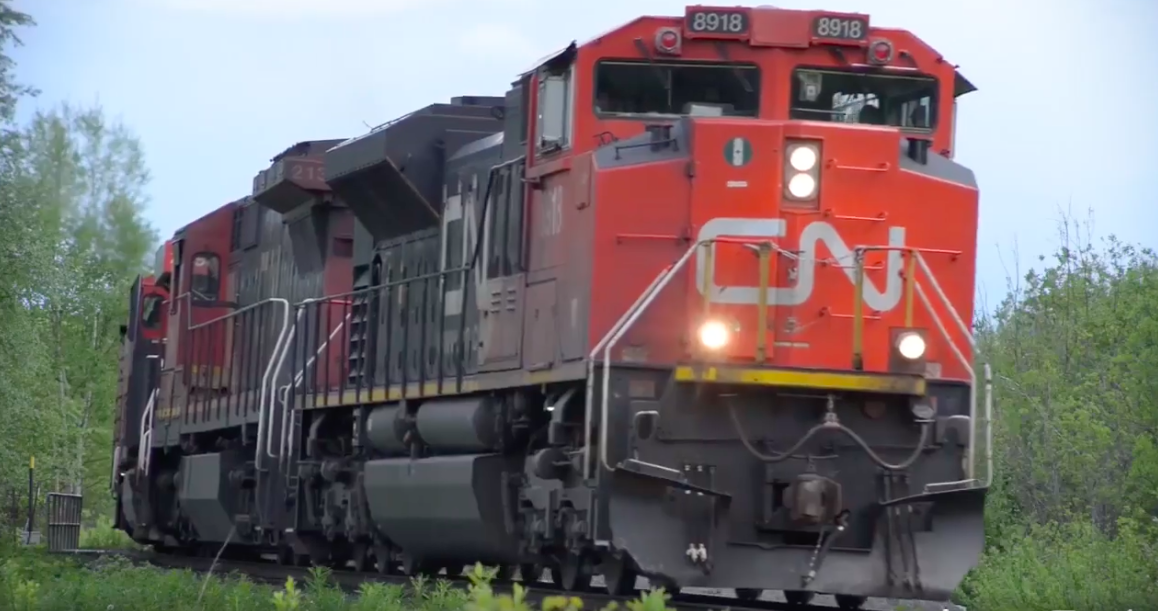 The fines are a huge win, and the result of years of hard work to raise the issue with the public and press for justice. The story garnered huge attention in Prince Rupert and other communities along the Skeena and on the coast which rely on Skeena salmon, and will no doubt cause industries to take pesticide applications more seriously. After going through the process of this campaign Luanne sees the need for stronger oversight. Luanne explains, “I think the fine will help to prevent a future spray of this magnitude so close to the water, which would harm Skeena salmon in the future. But the existing legislation won't prevent a spray that's almost as bad.” Her work was able to support holding CN accountable for one exceptionally dangerous and careless pesticide application, but there is a need for oversight in the case of flawed pesticide use plans that if followed, aren’t technically breaking the law. “It's just scary that there may be no legal recourse," says Luanne "so that's what I think I'd like to work on, I certainly am investigating the possibility of getting that environmental appeal board back available for pest management plans in BC.”

This campaign work takes an enormous amount of dedication, and it’s necessary to protect what is most important. Luanne, who lives in Prince Rupert, and is a fisherman herself explains that fish and people are deeply intertwined.

“The whole culture here is based on salmon. It’s part of the economy, it’s part of the First Nations’ culture, it’s part of the people’s lives in the community. People have cases of jarred salmon for the winter, fish in their freezers, smoked salmon, sort of have a specialty here of half smoked jarred salmon, which is really popular. But if there's a year when there's no salmon, people go hungry, it's really important for the food supply here.”

Culture, food, environment, salmon. All worth fighting for.