Keeping our fisheries as clean as they can be 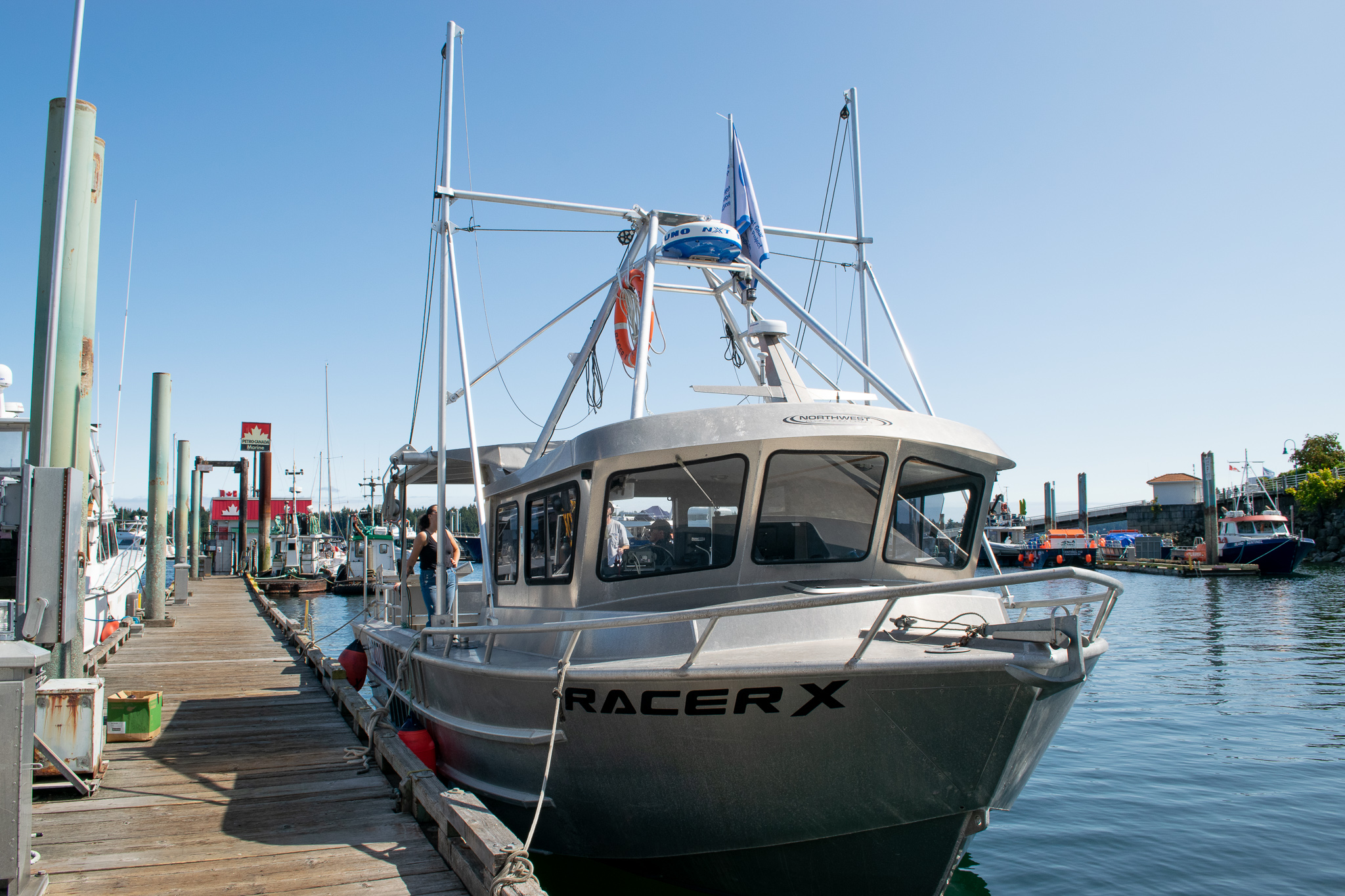 It’s late summer, and the Racer X and crew are about to go fishing, not for fish but for fishing gear. The crew includes Megan Eadie, the Director of Innovation at the TBuck Suzuki Foundation, skipper Fraser McDonnald, and deckhands Dylan Coburn and Sam Gartside, who are commercial fishermen. Together they set out to retrieve prawn traps lost between Nanaimo and Ladysmith. The crew knows the area well, they were all fishing for prawns in the same place earlier that year.

The BC prawn fishing season lasts for around 2 months during early summer. Like any fishery, some of the gear used to fish prawn gets lost each season. Fishing gear (nets, traps, rope, ect) is lost for a variety of reasons; getting snagged on the bottom, or conflicting with other fishing gear in the water. Luckily losing gear is rare, but some loss is unavoidable. Losing gear is a burden to fishermen who rely on their traps and nets to earn their livelihood, as well as a hazard to marine life that can easily get caught. Fishermen will usually attempt to retrieve gear themselves if it’s safe, but  sometimes that's not possible. Gear that remains may be retrieved by a specialized team during the off season, like the folks working with the TBuck Suzuki Foundation. 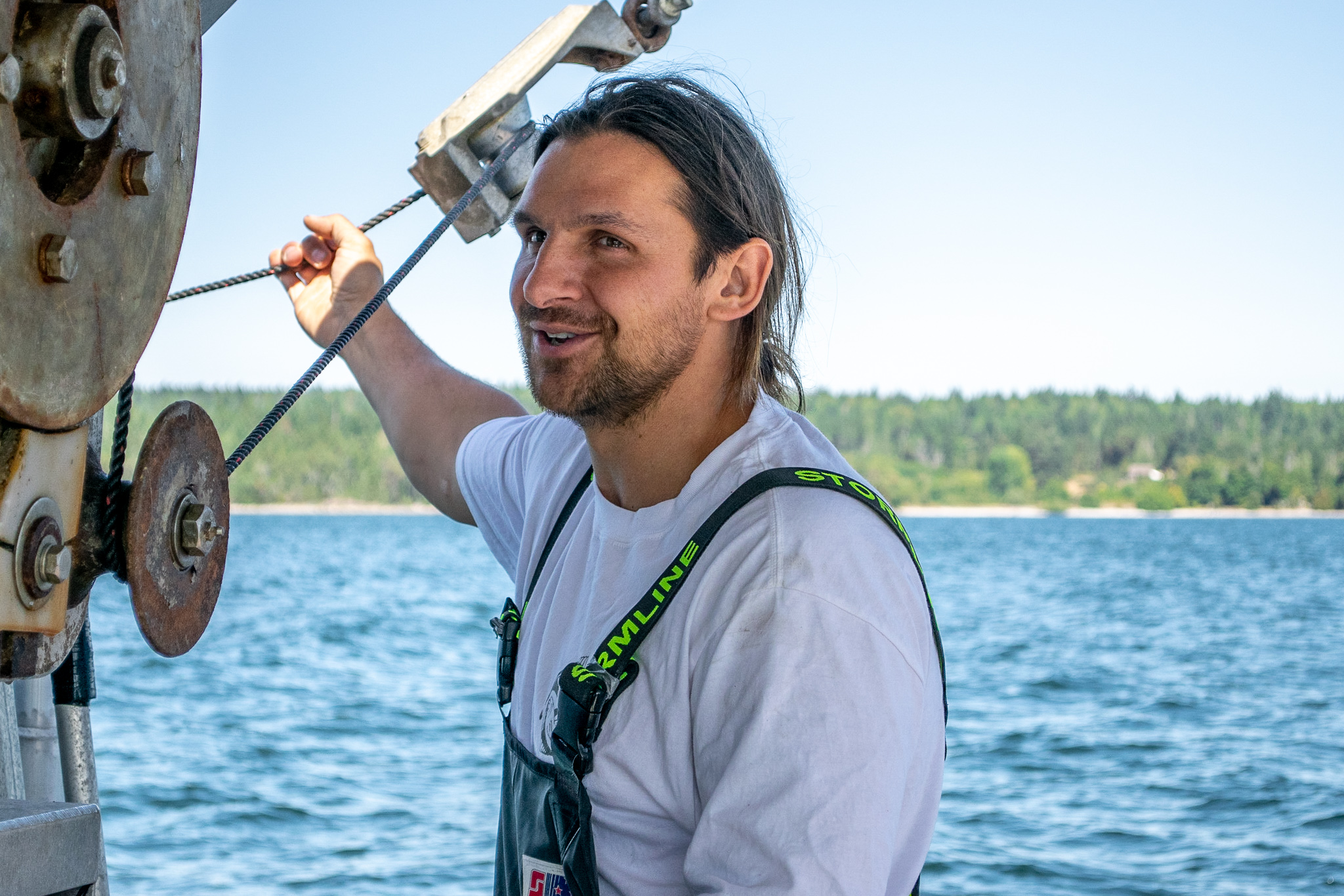 For Fraser, getting the opportunity to spend time cleaning up the area where he fishes is important.

“When you're thinking about a clean fishery, there's so many different factors that weigh into how clean and targeted the fishery can be. For me, getting a chance to use my local knowledge to clean up some of this lost fishing gear in areas that I actually fish myself means a lot. It means that we're trying to continue to keep our fisheries as clean as they can be. We know that we're not leaving a mess behind us as we go,” 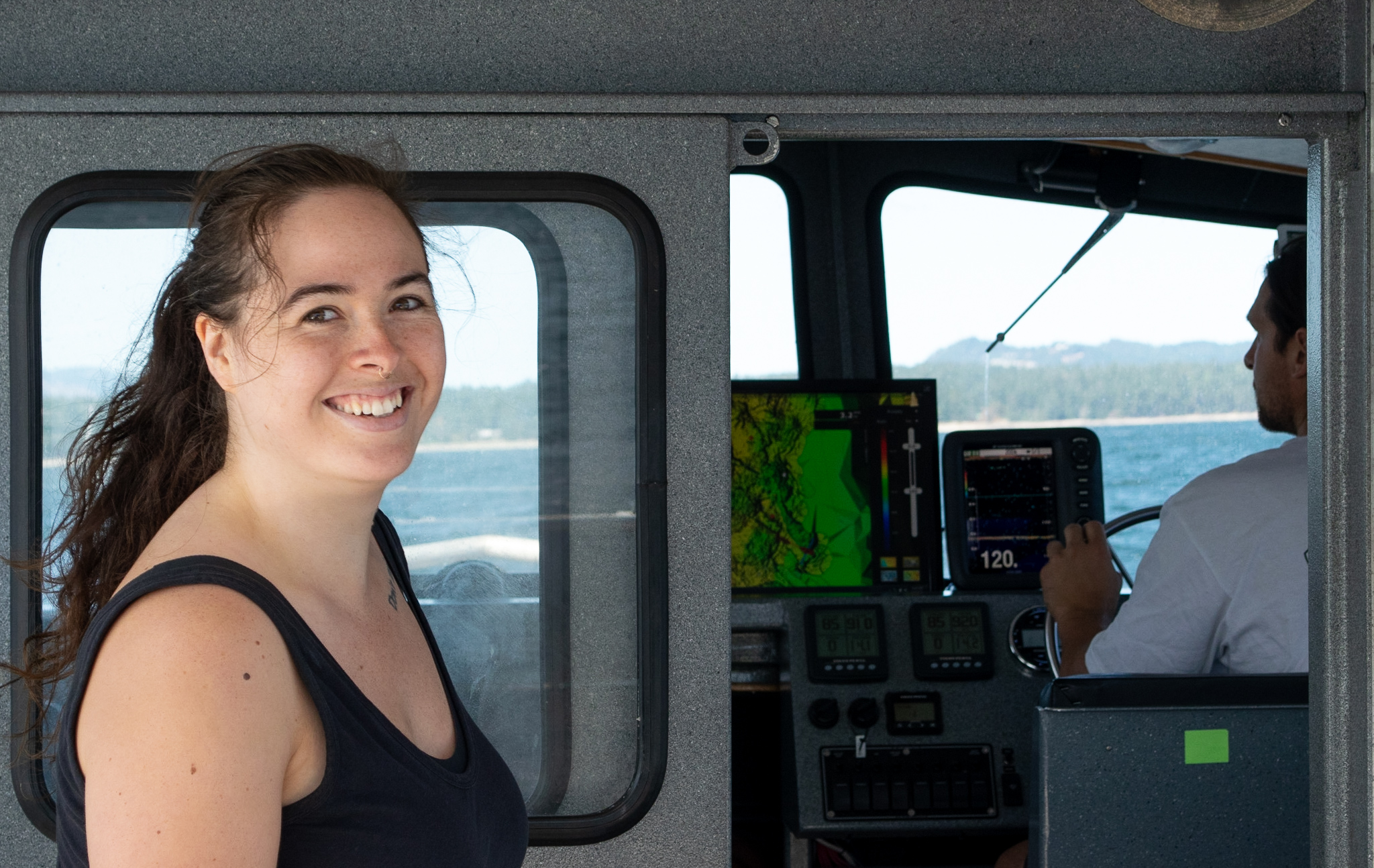 Our Director of Innovation, Megan has spent a lot of time thinking about the best way to keep the marine ecosystem clean, and she has found that when it comes to fishing gear, working with fishermen is the most effective way to make that happen.

“Ghost gear is something that I've been really interested in for a long time, and there are a lot of people in the world focused on this issue. Particularly in BC, I was seeing a lot of folks outside of the fishing industry trying to solve this. I really think fishermen are  the best suited to retrieving gear and to solving this problem. If there is the interest then we should be doing everything we can to help fishermen retrieve lost gear themselves.”

In order to retrieve gear, first you have to find it, and to do that Megan talks to the community that spends the most time on the water, “fishermen have been really helpful in sharing where they lose gear, and where they encounter lost gear. Sometimes fishermen can give reports plotting exactly where they've lost something,” Megan says. With the information she gathers Megan works to organize gear retrievals all across BC, pairing the lost gear with the fishermen who have knowledge of the area, and will be able to get it back. 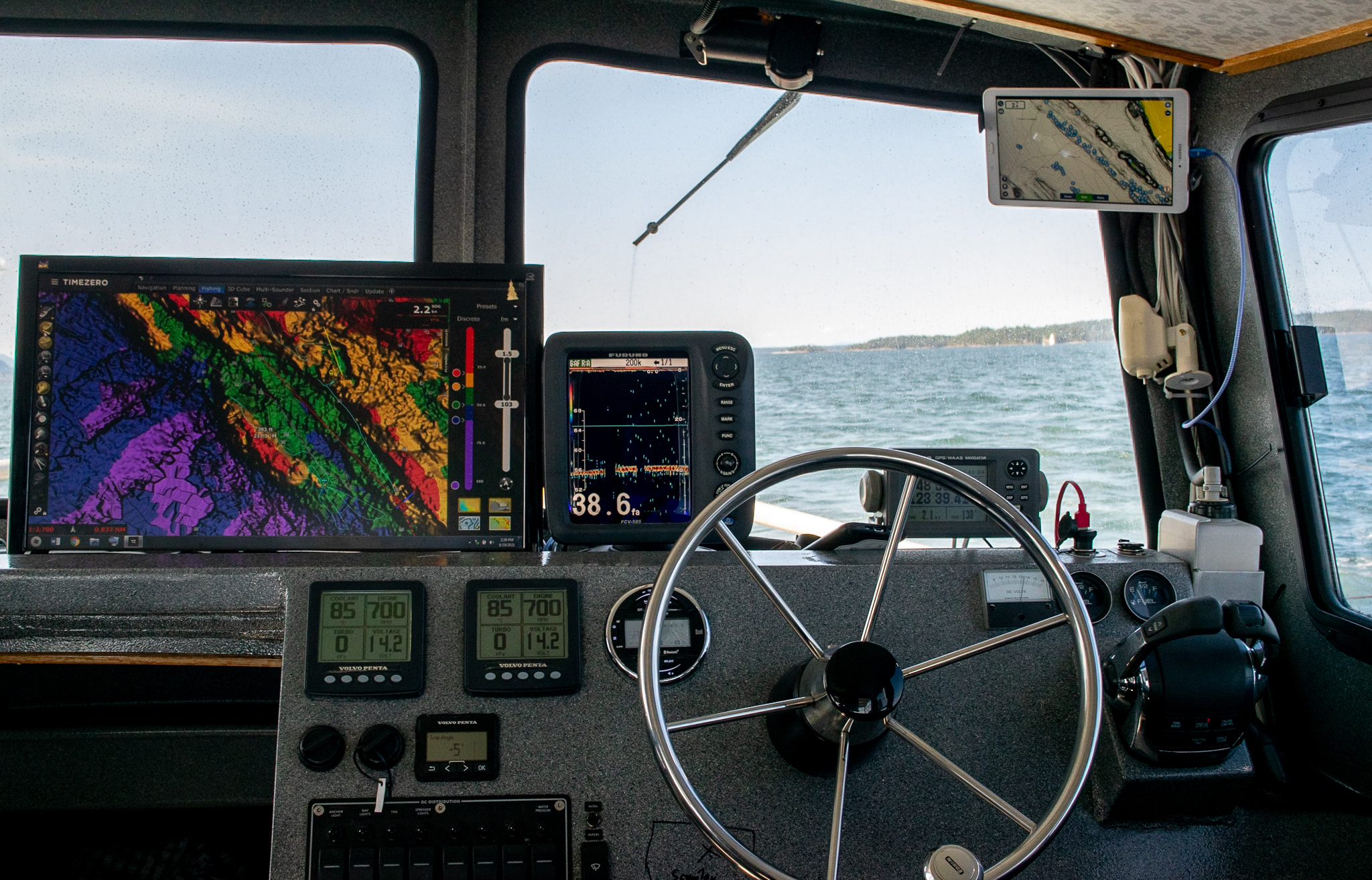 Fraser's experience and connections to the fishing grounds help him plan out just where to look.

“To find lost gear I'm relying on local knowledge of the area, both my own, and knowledge from other fishermen. I’ve spent a lot of time prawn fishing here. Sometimes I’m looking for gear I know was lost this season, gear that I've lost, or places on the fishing grounds where there is a very steep rock edge that gear can get hung up on.” 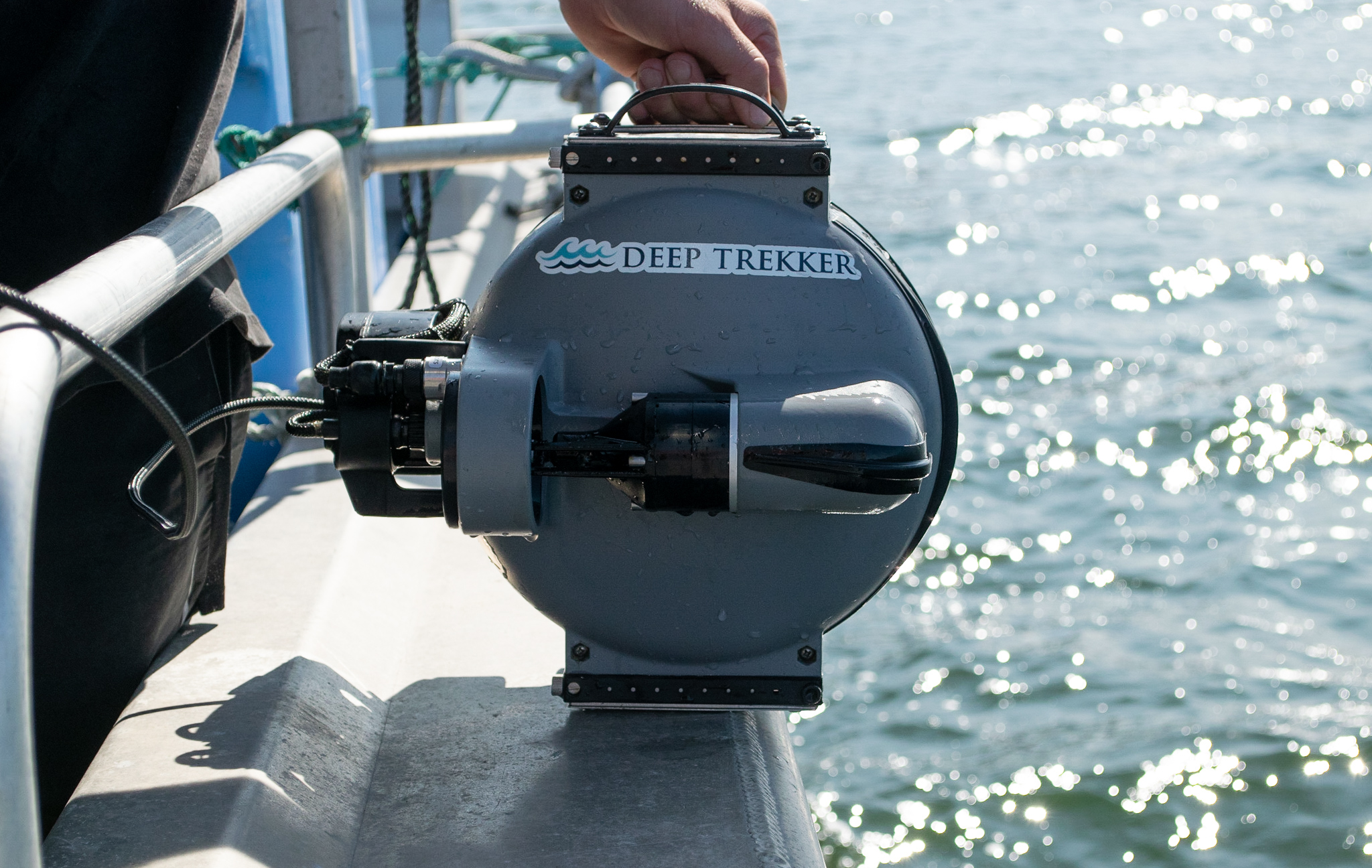 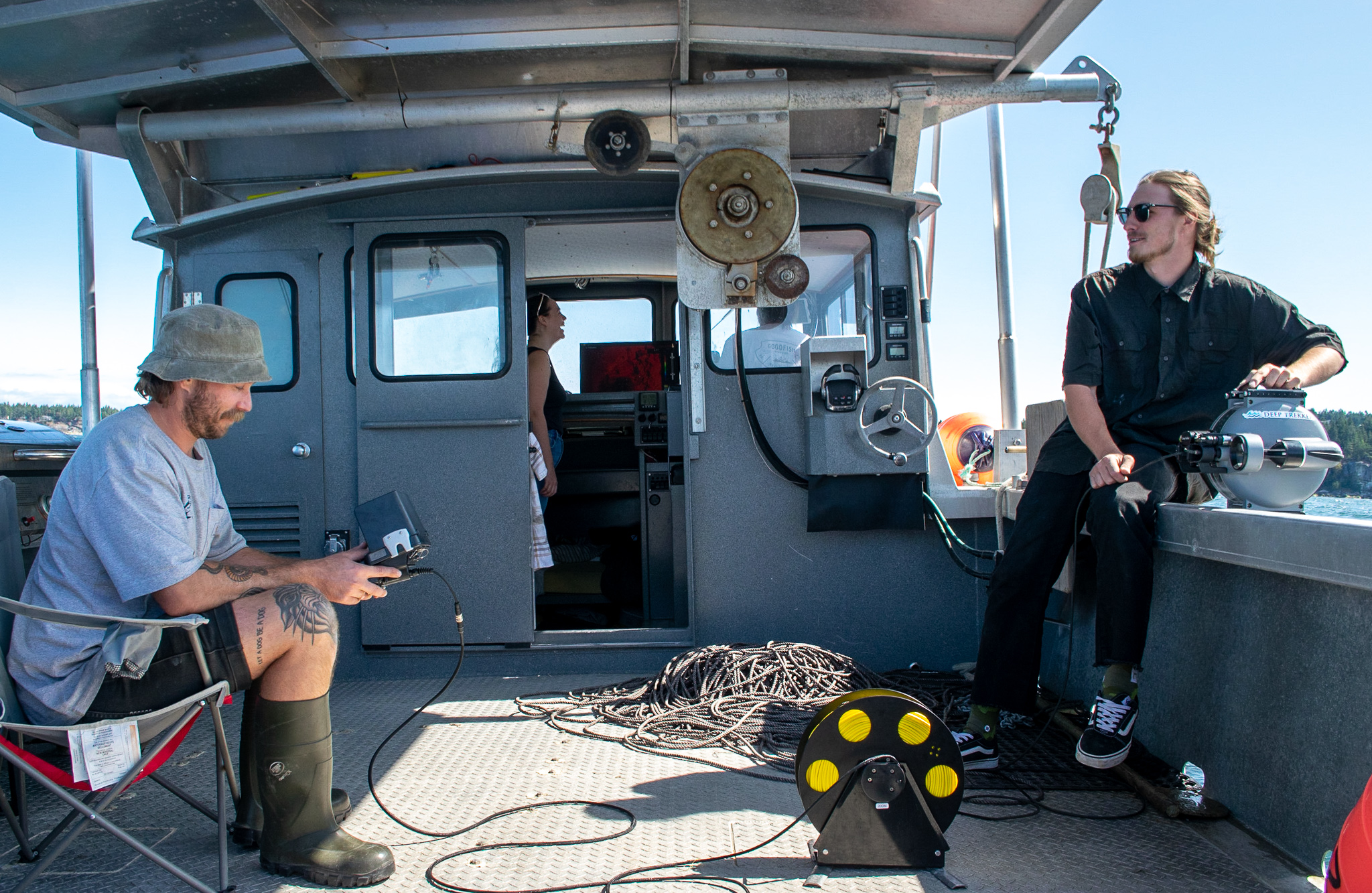 Once the team is on the water, it can be helpful to get an up close look at what’s going on beneath the surface. For that job an underwater ROV can be deployed to roam along the bottom and send up a video feed of just what’s down there.

To bring gear to the surface the retrieval team uses a grapple, which drags along the bottom and catches on the floating lines of lost prawn traps. Once the grapple intercepts a trap’s line it's hoisted to the surface. 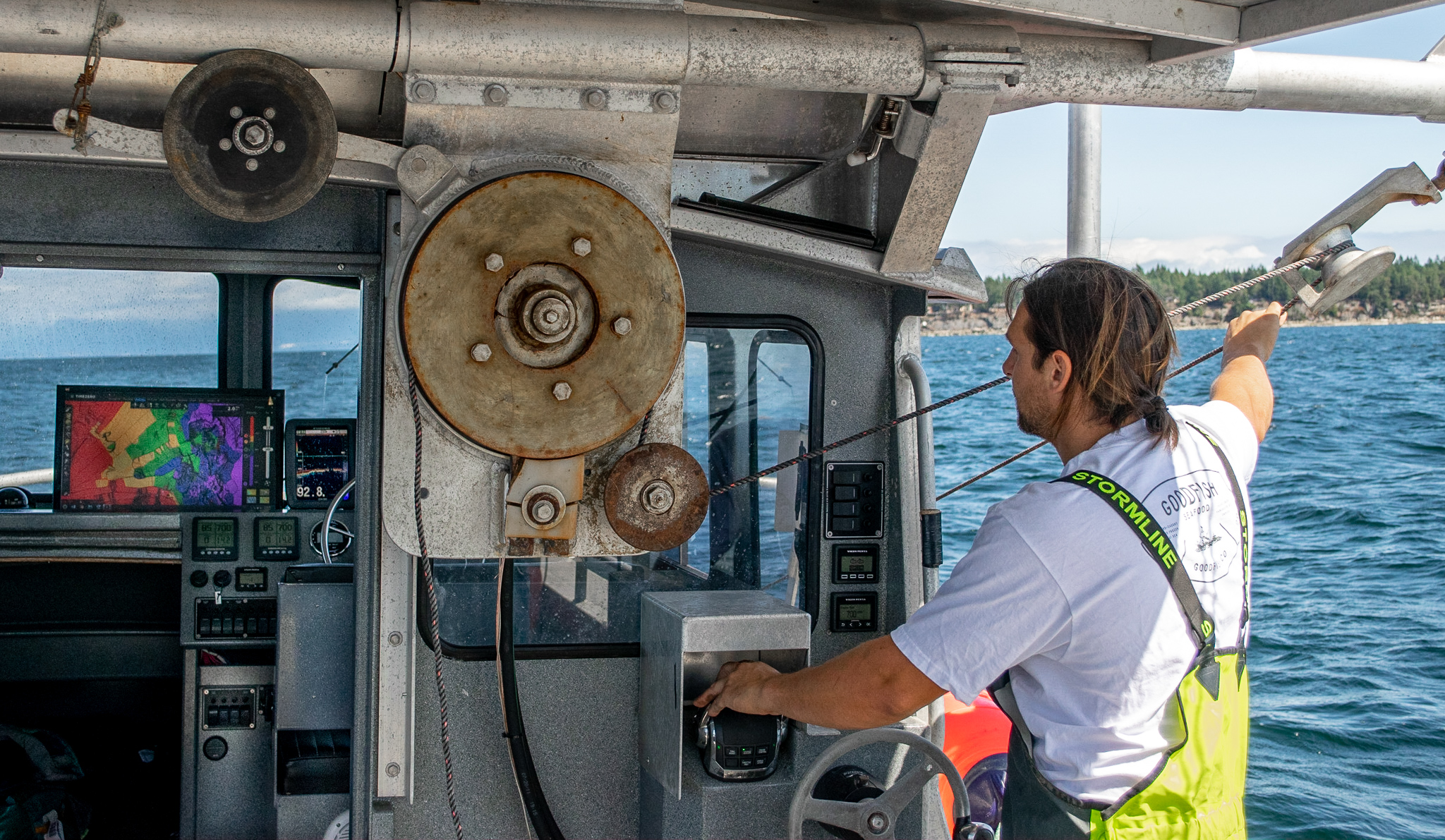 To many, lost fishing gear may look like garbage, but not all retrieved gear ends up in the landfill.

Traps with legible tags that are in fishable condition can be returned to the fisherman who lost them and used to fish again. Even if the gear can’t be identified, parts that are usable can be redistributed to fishermen. Gear that has reached the end of its fishing days can be upcycled into rugs, or art, or broken down and recycled. After diverting as much as possible from the landfill, remaining material will be thrown away.

Keeping the fishing grounds clean is important to coastal communities, and supports the sustainability of our fisheries for generations to come.

“By cleaning up lost gear we're going to make sure that the ocean bottom stays clean and accessible for future fishing. And we know that we're not leaving a mess behind us as we go. Humans tend to do that everywhere they go so it's nice to be able to be part of the solution.” - Fraser. 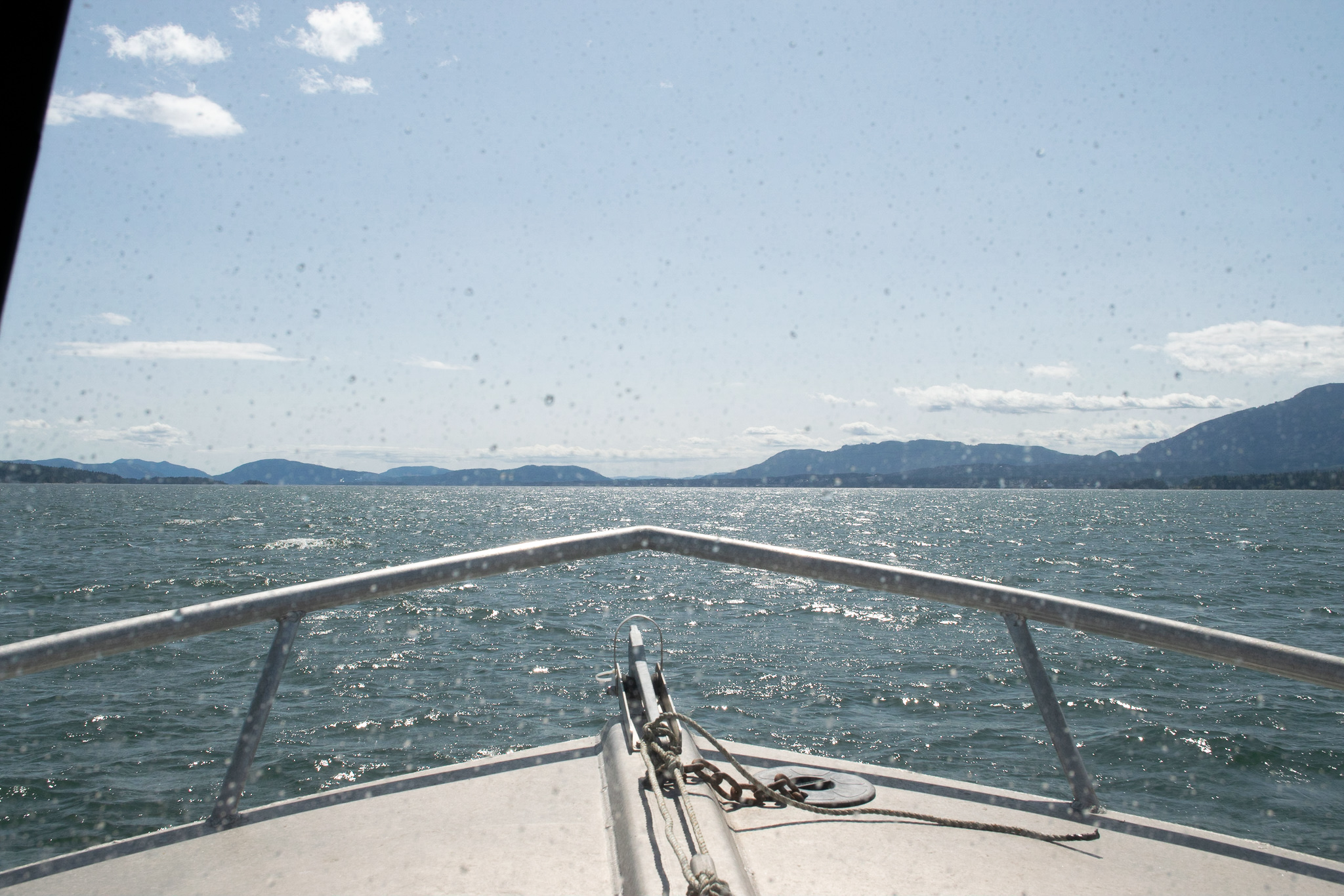